Charming mansion located in the centre of Noja,
next to the town hall and on the pilgrimage route of the Way of St. James.
Trengandín beach is 250 metres from the establishment...
Basically, it is a simple accommodation in a house that has been restored or refurbished for this purpose.
It is characterised by a familiar and homely atmosphere.
***
The official category of La Casona according to the Ministry of Tourism is Pension..
***
The house has 10 double rooms, 3 triple rooms and 1 quadruple room. All rooms have private bathroom, television and heating.
The rooms are distributed in the first, second and attic-attic floor of the house.
The breakfast room is on the first floor, next to reception. 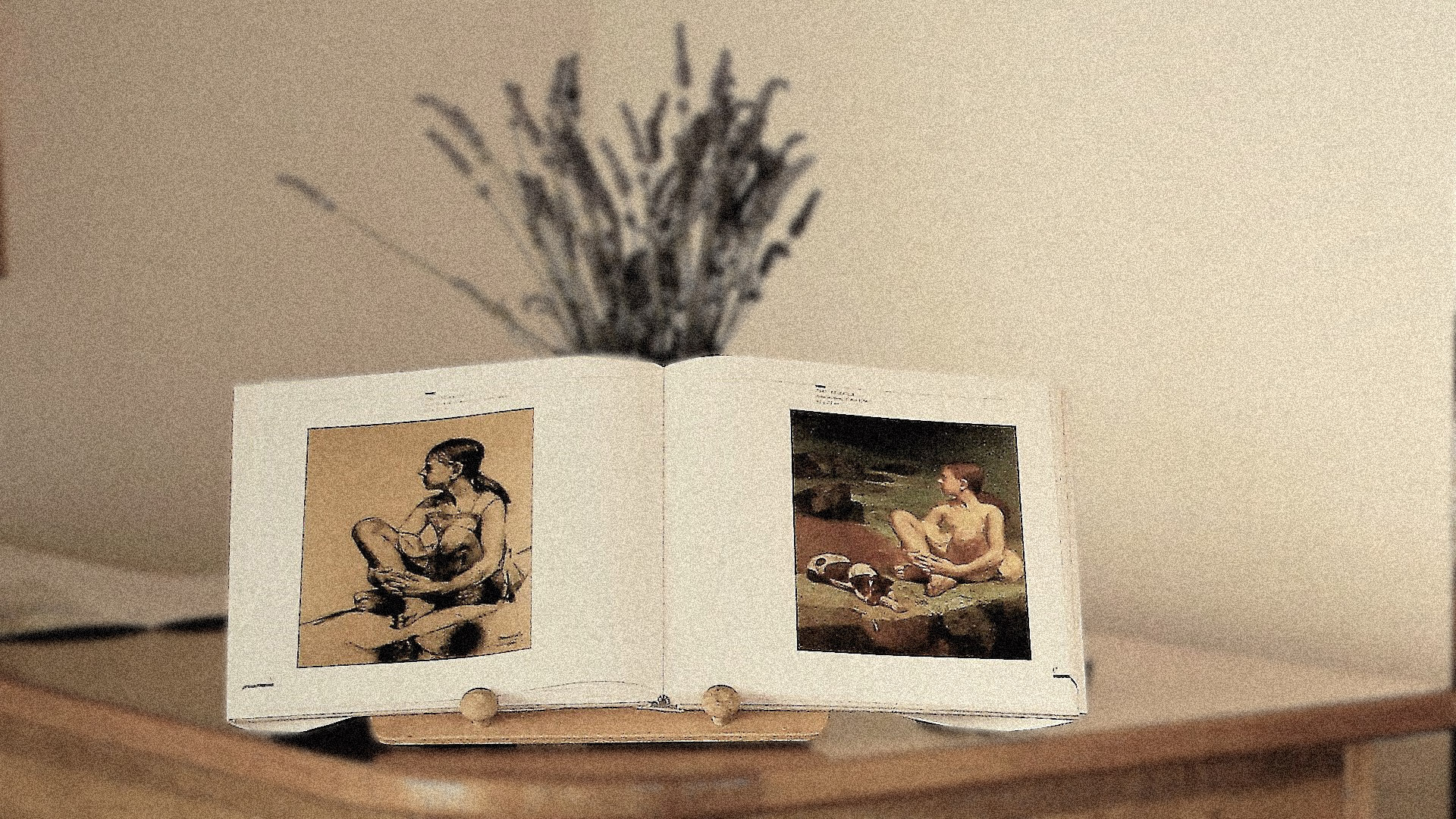 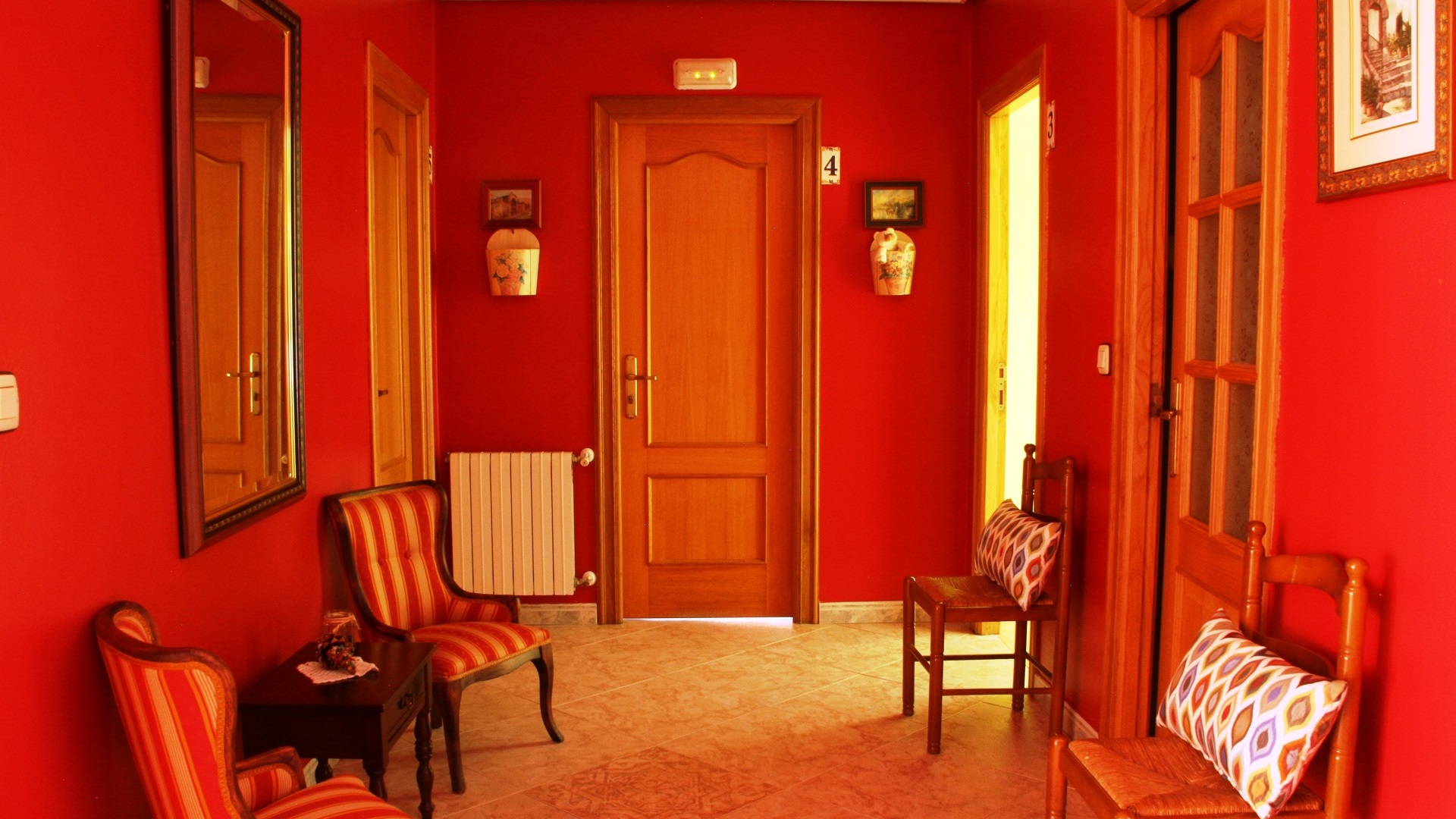 Room with a king size bed of 1,80 x 2,00m. It has a private bathroom, TV and heating. Extra beds can be accommodated.

The guest can choose between 2 single beds of 0.90 x 1.90m or between 1 double bed of 1.35-1.50m depending on availability. They have a private bathroom, television and heating

Room with 2 single beds of 0.90 x 1.90m with private bathroom, television and heating, but with views of an interior patio.

It is the most spacious room in La Casona, ideal for families with 2 children, consisting of 1 king-size bed measuring 1.80 x 2m plus 2 single beds measuring 0.90 x 1.90m. It is characterized by having views towards the Trengandín beach, large television, private bathroom and heating.

Breakfast at La Casona is a mini continental style buffet, coffee, tea, juice, fruit and toast with butter and jam.

We offer free wifi in common areas, so you are connected at all times with the world. 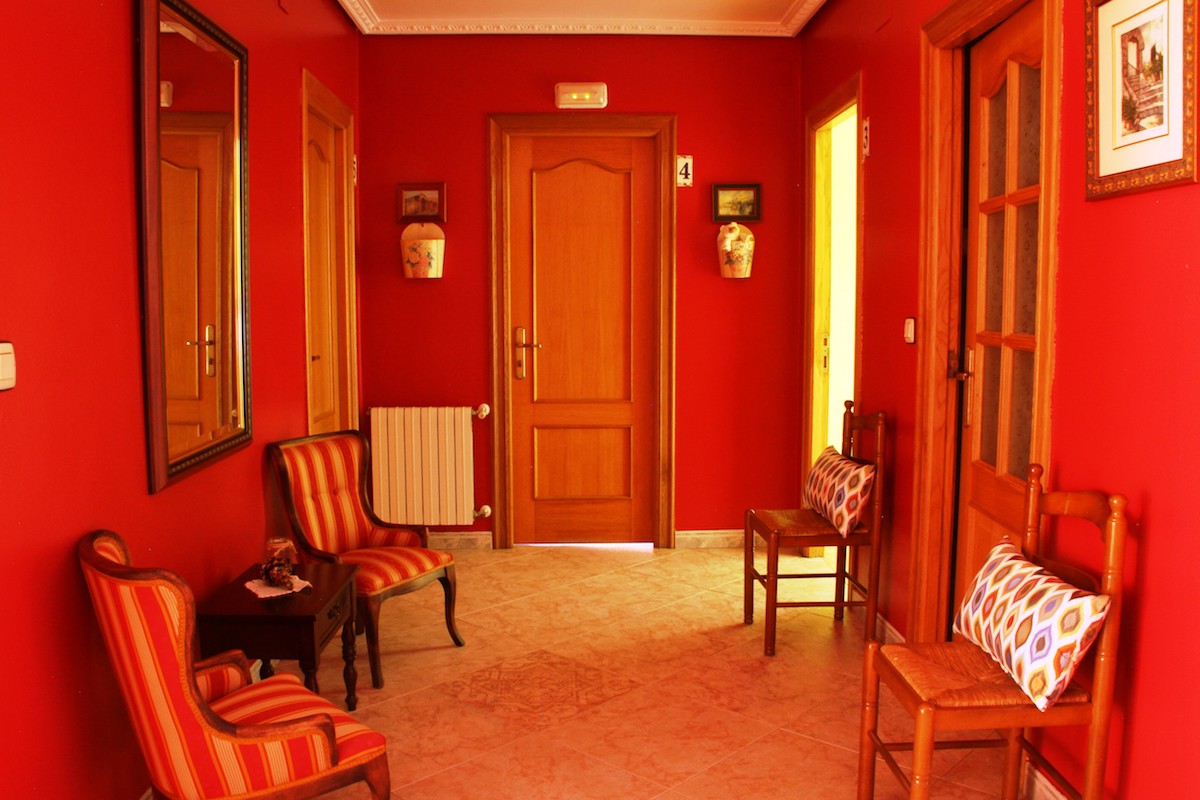 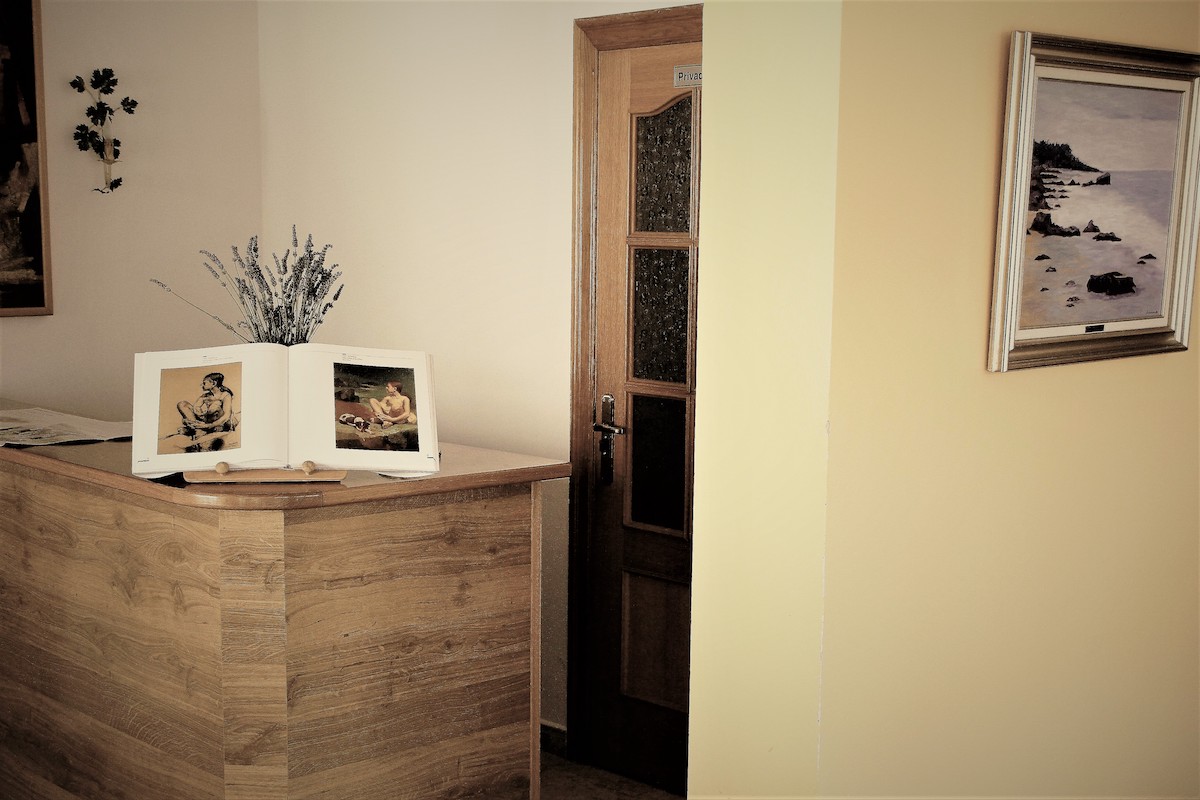 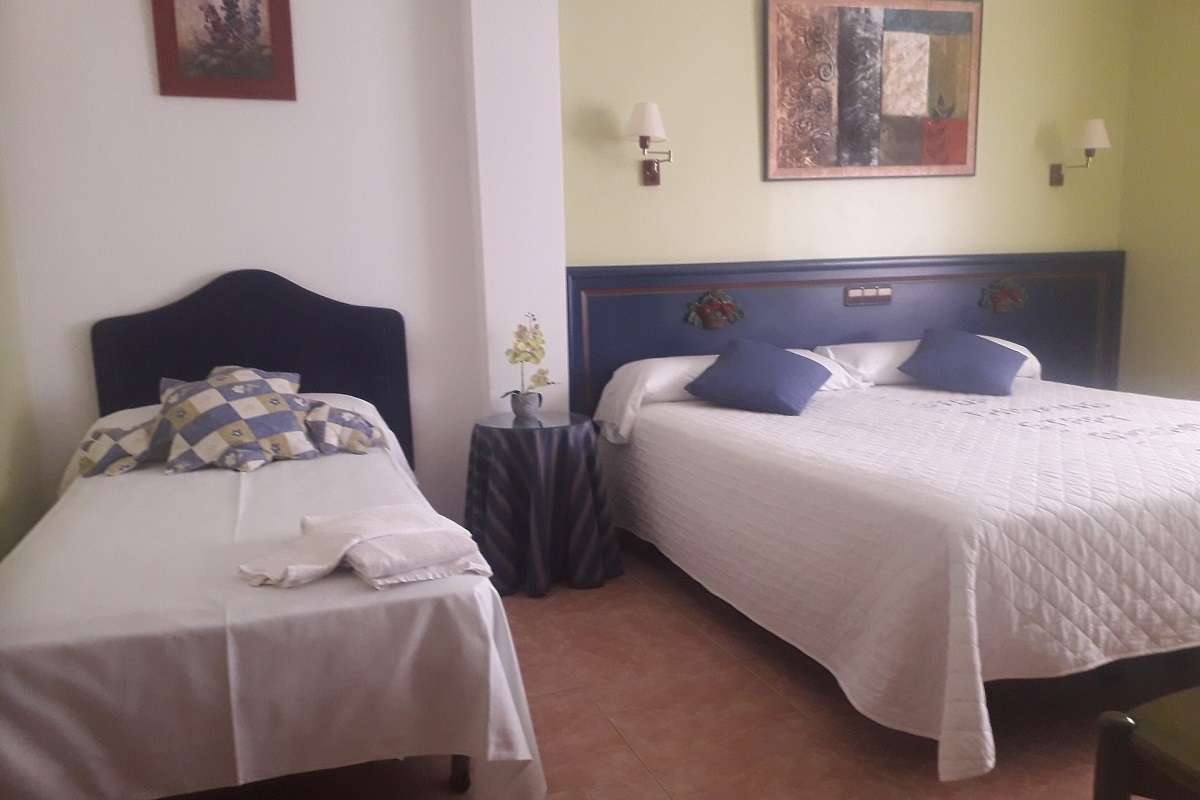 In essence
A charming house
Lodging ( bed&breakfast ) and Lunch (Bistró)

Originally it was called Fonda Antigua, they ran the first decades of 1,900, then the travelers arrive at Noja in horse-drawn carriage.
The fonda is from its beginnings, a house of lodging and meals in the heart of Noja.
Later, in 1950 the house was acquired by Doña Nicasia, who lent her own name and for a time became known as Fonda Nicasia.
Later, in 1.978, the destination and its new owners Doña Alicia and Don Juan wanted the inn to return to its old name of Fonda Antigua,
In 1993 decided to rehabilitate the house completely and give it its new name. 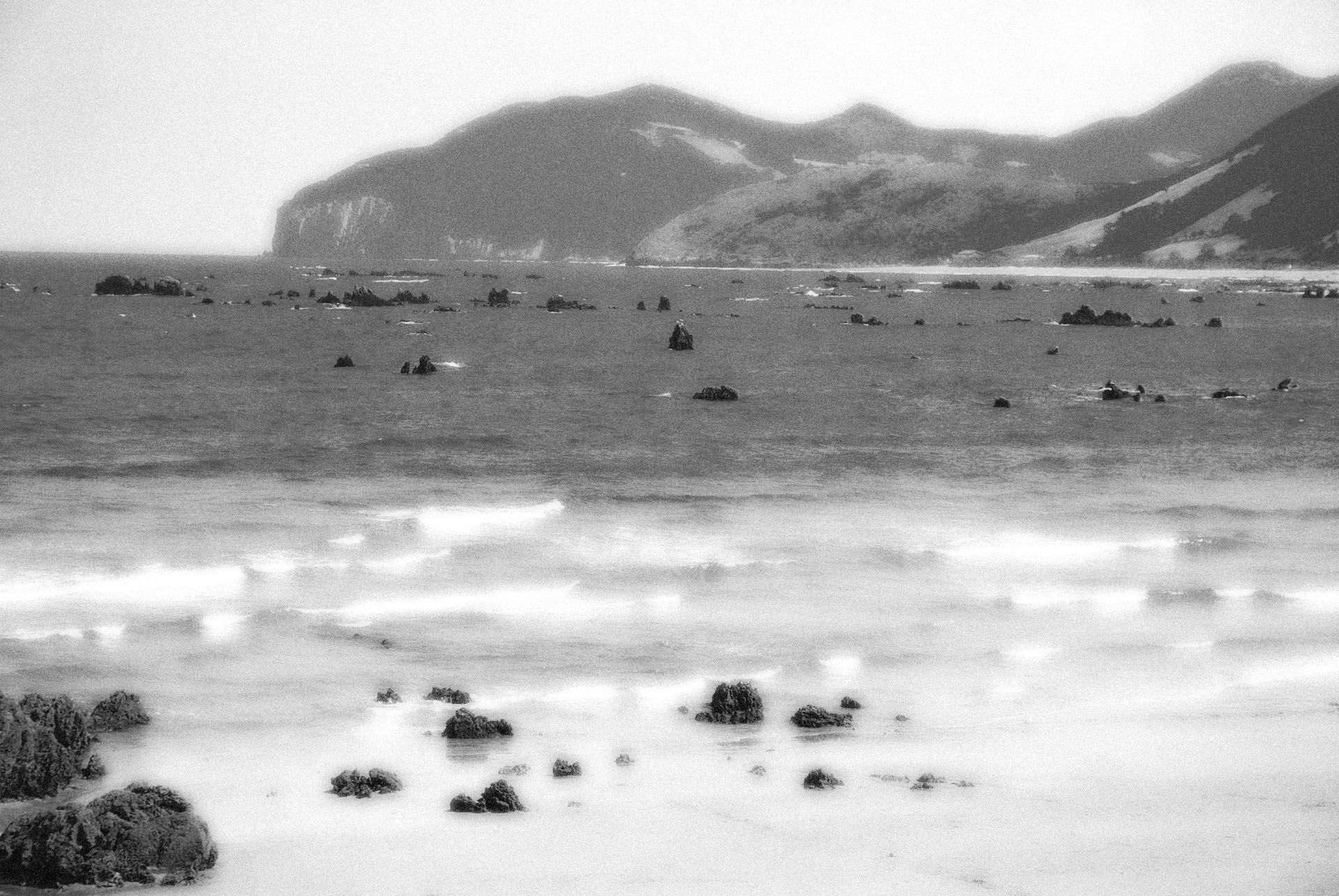 Fall in love with the natural charm of Noja.

Refresh yourself with its breeze of the Cantabrian Sea.

Enjoy in its beaches of emerald water.

Give yourself a walk on the coast.

Next to the beach of Trengandin with its observatory next to the roman bridge and the mill of the birds you can continue along the beach until you reach the Brusco that separates this beautiful Berria beach.

From the beach of Trengandin the continuous walk parallel to the sea until reaching the beach of Ris, the breeze of the Cantabrian accompanies the whole route of the walk. You can return between streets and know the interior of Noja.

Next to the beach of Ris the walk continues to Soano, you can visit the house of the tides and reach the tidal mill of Santa Olaja in Isla or if there is low tide, walk along the beach of Suaces and visit the neighboring town of Isla. At high tide, it would be necessary to return extending the walk through Soano.

Nearby excursions by car, bus or taxi

On arrival you can take the first entrance to the center, this detour leads to the shore of the Ajo estuary.
You can continue to the direction of Cabo de Ajo or towards the beach of Cuberris .
Beach located on the coast of Trasmiera, about 3 km from the town of Ajo
By car or bus to coastal towns further away from Noja as
Galizano with Langre beach
And
Somo where you can take a boat excursion to Santander

Where to enjoy its famous anchovies and the charm of this fishing village par excellence,
of the road you can make a stop on the beach of Berria.
From Santoña you can cross by boat to Laredo and get to know the beautiful beach of La Salvé (boat only crosses in summer season)
or
to prepare and ascend to Monte Buciero Then go down all the stairs leading to the Faro del Caballo

We will give you immediate confirmation

Pay us at the Hotel